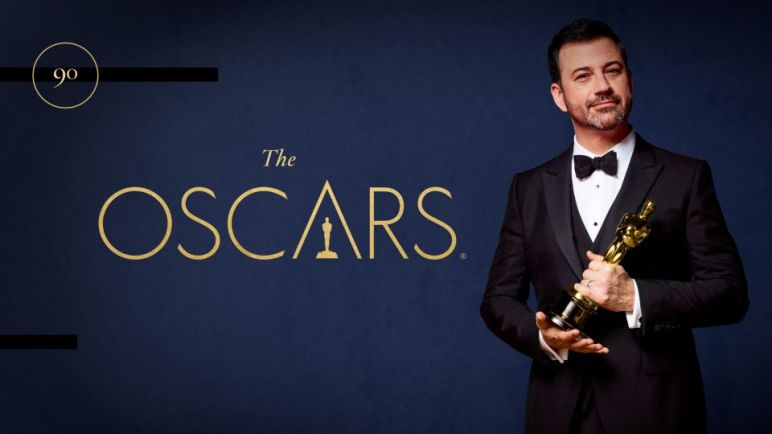 Award Season is getting into full swing with the Golden Globes airing tonight. While there are a few frontrunners when it comes to the acting categories, this award season has been more than a little odd when it comes to predicting Best Picture. Usually, one or two films will win at film festivals and then that film will go on to win Best Picture. However, the wins have been all over the place this film season. Not just that, but a number of front runners didn’t get a nomination for Best Ensemble at the Golden Globes, which is statistically a must have for best picture. This makes it fairly difficult to predict a winner.

Despite the oddness of this season, there have been a number of films that stood out, and many more on top of that that were unique and successful in a way that might earn them an Oscars nod, if not an outright award. Here, we have a look at some of the movies that have been thrown around as possible nominations for Best Picture.

Get Out – available at BPL

Considered the closest thing to a front-runner for Best Picture in this award season, Jordan Peele’s first go at directing is already considered to be a modern classic. Despite the fact that Peele has writing and acting credits almost exclusively in comedy, he believed that the genres were similar enough pacing wise that he could do a convincing horror movie – and he was right. The movie by and large refuses to rely on jump-scares, instead forcing the the viewer into the shoes of its main character as an incredibly chilling plot unfolds.

Get Out is not only a box office success, but also hugely popular with critics for it’s satirical base in plot and commentary on racism. This commentary is what seems to be pushing it ahead as a prime candidate for not just a nomination but also a win. Since The Academy added a large amount of younger and more diverse voters to it’s numbers, the movie seems to be resonating more with the voters than it might have in the past.

Dunkirk, which came out in July of 2016, has managed to carve out a name for itself in film history even before the Oscars. Not only is it considered by and large to be director Christopher Nolan’s best work, but it’s also considered to be one of the best war films ever made. The movie took in $525 million worldwide, which makes it the highest grossing World War II film ever made, and was subsequently nominated for 8 Critics Choice Awards and 3 Golden Globes.

Praise for it’s cinematography, screenplay, and musical score almost guarantees its nomination for Best Picture. What might push it past Get Out for the win will be it’s popularity with techies, as the film is a technical marvel. If it does win Best Picture, it will be the first Oscar Award that Nolan has ever won, a surprising fact considering how well known Nolan is.

The Shape of Water – released in theaters Dec. 1st

Considered Guillermo del Toro’s best film to date, and a labor of love for the monster loving director, The Shape of Water has been winning over critics and winning at film festivals since August. The screenplay, which has been described as touching and “joyously free,” has been an idea in the back of del Toro’s mind since he was a child. The film is thus an ode to Classic Hollywood, while also working as a commentary on bigotry. Chief among the praise is lead actress Sally Hawkins, who seems a likely contender for Best Actress. But this praise is not just for the screenplay or acting, but for the makeup and prosthetic designs in it as well. The Amphibian Man, played by Doug Jones, has been getting a lot of attention from the makeup artist crowd as well. While it’s not exactly a top contender for winning Best Picture, it seems likely the movie will be getting a nomination nod at the very least.

The biopic based off the life of figure skater Tonya Harding has been cast as a bit of a dark horse in the Oscars race. Margot Robbie’s performance as Harding has been getting a decent amount of attention, as well as the performance of Allison Janney. The strong acting, combined with the Winter Olympics coming up and bringing the movie into the spotlight a bit more, means that it is possible that the movie could get nominated. It’s chances are hindered by the fact that many are prediction Margot Robbie for a possible upset for Best Actress with the Golden Globes, and more than one upset for a single movie is not likely. However, it still does merit a mention. 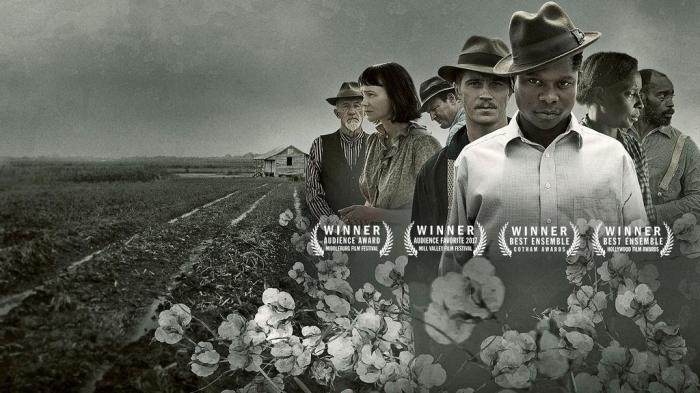 A heavy period drama that focuses on two World War II veterans, one white and one black, as they face their PTSD as well as racism in the American South, Mudbound earned itself a standing ovation when it premiered at the Sundance Film Festival. The screenplay and direction have been complimented because of the timeless way the struggles of the characters have been captured. The acting has received much critical acclaim as well, snagging a number of Best Ensemble Awards, and actress Mary J. Blige has received a Golden Globe nomination for her role. Its the sort of serious subject matter that the Academy tends to eat up, and yet it doesn’t seem to be a favorite for Best Picture. Why? Because it released not in theaters, but on Netflix. Despite gaining ground for other awards, there has yet to be a single Netflix produced movie or show nominated for an Oscar. Many seem hopeful that Mudbound will be the movie that finally pushes Netflix into the Academy Awards however.

It is true Wonder Woman isn’t exactly a likely candidate for a nomination, much less a win. After all, action and superhero movies aren’t exactly popular with the Academy. Despite that, however, the award for Best Picture was opened up to 10 nominations due to the snub of The Dark Knight back in 2009, and Wonder Woman was not only very popular with the younger crowd, but also broke box office records across genres. So, while it’s not a likely candidate, it is still in the running for a nomination nod.

The Big Sick – available at BPL

Of all the movies being thrown out there for a possible nomination for Best Picture, The Big Sick is probably the least likely to be nominated. Based on the real life story of its writers Emily V. Gordon and Kumail Nanjiani, The Big Sick follows the young couples story as they battle with cultural differences and medical emergencies. The film is an indie movie and cost only $5 million to make. The reason it keeps being mentioned however, is because of how fantastic it did at the box office, making $55 million worldwide once it closed in theaters. The screenplay has been praised by critics and the film won a number of awards at various film festivals.

So while an indie movie isn’t exactly likely to get nominated, if anyone was going to, it would almost definitely be The Big Sick.