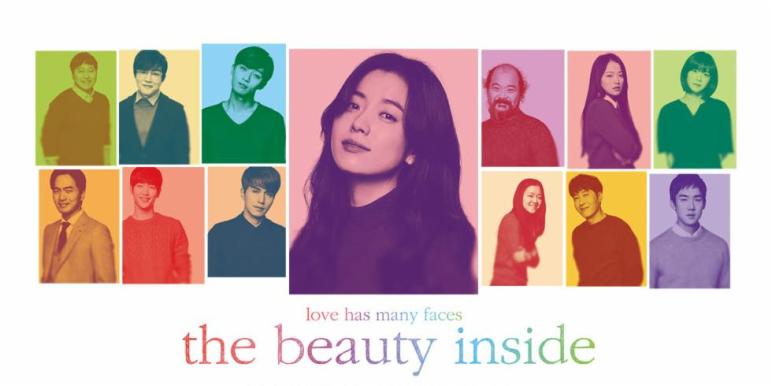 Sometimes when patrons come in looking for a new movie they find that the movie they were looking forward to is checked out. Putting something on hold is great – and super useful! – but sometimes you just want to settle in with a good movie that night. But libraries aren’t just full of the newest features; we’ve got old goodies too. So instead of giving up on your movie night, try something that isn’t just new but new-to-you!

A good place to start looking is our Foreign Films section. It’s got a ton of great movies that maybe weren’t as popular in the US as they were in their countries of origin, but are just as good.

Recently in the cinematic spotlight have been South Korean made movies. A slew of popular films that have made an impact even in the US have come from South Korea including the zombie thriller Train to Busan, the action-adventure Okja, and the romantic psychological thriller The Handmaiden. If you want a fantastic and visually stunning movie – and are okay with reading subtitles if you don’t understand Korean – than a South Korean movie might be a great place to start.

One stand out that we own a copy of here at the Berwyn Public Library is The Beauty Inside, a romantic comedy directed by Baik.

Based on an American short film, The Beauty Inside is a visually stunning film that relies on complicated and interesting character motivation to drive its high-concept plot.

The South Korean romantic comedy centers around a man named Woo-jin who has a very unique problem: every day he wakes up in a different body. He has no control over this phenomenon at all. As a result, he becomes very isolated, maintaining regular contact with only his best friend Sang-baek and his mother. Woo-jin eventually develops strong feelings for a woman named Yi-soo, but feels he cannot pursue a relationship with her because of his problem. He attempts it anyways after a while of pining and eventually lets Yi-soo in on his secret, which quickly starts causing problems for the couple’s professional and personal lives.

Unlike many high-concept movies, where the point of the movie is more about the premise than about the characters, The Beauty Inside lets its characters drive the plot. The movie does not spend much time trying to explain why this is happening to Woo-jin, only that it has drastically affected his life. The viewer is let in on his morning routine: studying his new face in his mirror, resizing his shoes, and searching through his extensive closet for clothes that will fit his new body. They see how this affects every facet of his life down to the profession he has chosen.

With Woo-jin constantly changing bodies, and thus actors, the guiding light is actress Han Hyo-joo as Yi-soo, and she absolutely shines. Handling a role that could be relatively boring with great sincerity, she allows us a look into how sweet their relationship can get but also how stressful it can be. While it’s certainly hilarious to watch as Woo-jin, in the body of a 50-year-old, gets mistaken for Yi-soo’s father, we also see her panic as she loses him in a crowd – and in a number of beautifully acted scenes, how her panic starts to take over her life. Oftentimes, director Baik uses the environment around Yi-soo to drive home her feelings, and it’s easy to understand her despair at losing Woo-jin as the camera circles around her, pulling out to show a large crowd in a brightly lit but nondescript street.

That’s not to say that the dozens of Woo-jin’s aren’t great in and of themselves – each actor brings something new to the character, something vulnerable and romantic and believable, while keeping similar mannerisms and core traits that remind the viewer that this is always the same person, whether Woo-jin looks like a 7-year-old boy or a 60-year-old woman.

Jumanji: Welcome to the Jungle is something special: it is a sequel that doesn’t suck. Let’s face it – it was unlikely that someone could top Robin Williams or the comedy-horror that we all felt as a kid when we watched the original. Many sequels and remakes tend to fall flat with viewers, with a number of them being so terrible they wound up tainting the origin and ruining their franchise. When a sequel to the much beloved Jumanji was announced, many people were understandably skeptical.

So instead, the movie does its own thing – and it works. The basis of the movie is still the same: a group of kids get pulled into playing a game that is more dangerous than it seems. In this version, however, the kids get pulled into playing a video game instead of a board game. In the comical but creepy opening scene, a boy brings home the Jumanji board game but then remarks that “nobody plays board games anymore” and promptly throws the board game under his bed, already forgotten. Jumanji then changes itself to a format the boy is more familiar with. Obviously intrigued, he reaches down to play it – and then disappears.

As the movie goes on, we see that once the kids pick their avatar, they get sucked into the game. Their bodies change to match their avatars and their environment changes to match the theme of the game. This leads to a number of humorous moments when the group first gets to the game – like the nerdy main character realizing he looks like The Rock or the popular girl realizing she looks like Jack Black.

The movie is definitely more comedic than the original, relying often – though always humorously – on the body switch the teenagers’ experience, and the gag never gets stale. Honestly, you haven’t lived until you watch Jack Black convincingly act like a teenage girl and attempt to teach former model Karen Gillan the art of seduction.

Of course, that’s not to say it wasn’t just a little bit disturbing – with updated CGI and effects, the animals looked more real and more terrifying. The human villains could also look much creepier as well, with a number of special effects done on the villain’s face to make him look more monstrous.

It does have a number of sly references that you’ll get of course – most notably that Nick Jonas’ character is living in a hut implied to be the one Alex Parrish lived in while he was stuck in the jungle. There’s also a recurring theme of elephant statues similar to the game piece that Sarah uses. But the references aren’t too heavy-handed nor do they distract from the movie.

All in all, it’s a fun movie that doesn’t try to hard to be exactly the same as the original. Instead, it takes it’s own route to a surprisingly touching ending for its characters, and does so with beautiful special effects and hilarious acting.